Home
>
Places
>
Top-10 Interesting and Cheap Things to Do in Orlando
The following two tabs change content below. 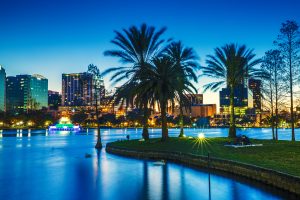 Orlando is a place with the highest concentration of entertainment for adults and children and a popular tourist center. The population of the city of Orlando is 255 thousand people, while in the region around Orlando (Orlando metropolitan area) about 2.1 million people live. Today, Orlando is one of the largest tourist destinations due to the presence of over-popular amusement parks and resorts. Approximately 52 million visitors visit the region each year. The tourist boom allows you to actively develop the city center and the entire region of Orlando. At the same time, none of the main attractions of the region is located in the downtown.

The center of Orlando is compact enough. The central street of downtown is Orange Avenue. Around the avenue there are a lot of clubs, bars, restaurants, concert halls. Other central streets of downtown are Wall Street and Church Street, the nightlife there is very full. Winters in the city are soft and pleasant, thanks to sunny weather and comfortable temperatures. In January, the average temperature at night is 10 C. Snow and minus temperatures are very rare. The tourist off-season, which happens in spring and autumn, is the best time to visit Orlando. Wonder what are other attractions of Orlando? Have an interesting virtual walk around now!

Thing to do number 1: Enjoy the view of the Bok Tower Gardens 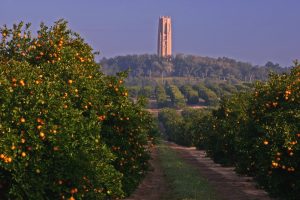 The gardens of the Bock Tower – landscape gardens, a unique singing carillon of bells, a magnificent mansion of the Mediterranean style of the 1930s – offer tremendous opportunities for cultural, personal and spiritual enrichment.

For the decorative decoration of the tower, the famous stone sculptor Li Lavre, used the marble brought from Georgia, weighing four million pounds. The Carillon Gardens of the Boc Tower has 60 bells, weighing from 7 kilograms and up to almost 12 tons. The carillon was designed and built in 1928 by John Taylor from England.

Interesting: In total there are about 600 carillons in the world, among which there are four carillons in Florida, approximately 200 in North America.

Thing to do number 2: Look at the Cathedral of St. James After its Restoration 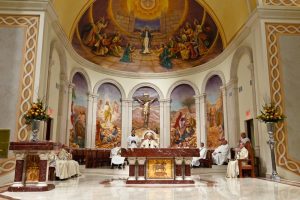 The Cathedral of St. James is located in the central business district of Orlando, and serves as the Roman Catholic diocese of Orlando. The current rector is Father John McCormick. St. James Cathedral offers classes for children from preschool age to eighth grade.

The work included the restoration of masonry on the facades, which was laid during the decoration of the interior back in 1970, lighting and installation of windows taking into account active hurricanes, making it safe to be in the Cathedral during natural disasters.

Interesting: The marble altar, the tabernacle and the font were made according to a special project in Carrara, Italy.

Thing to do number 3: Visit the Science Center 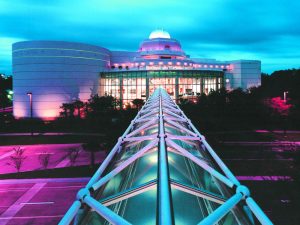 For more than fifty years, the Orlando Science Center is a place that inspires curiosity for both children and adults. Indeed, the policy of one of the most popular places in Orlando is learning in a fascinating way – “Explore. Search. Together”.

In the exhibition halls of the Science Center of Orlando there is a set of exciting interactive projects. Training has never been so entertaining, thanks to working with real educational exhibits:

Explore and experiment – all this is possible at the Orlando Science Center.

Thing to do number 4: Go to the Florida Citrus Bowl Stadium 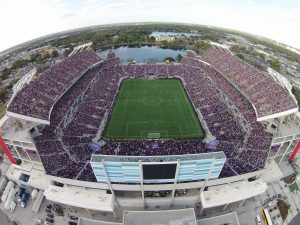 The Florida Citrus Bowl Stadium was built in 1936, with seats for a total of 8,900 people. The first game took place in 1947. Already in 1967 the stadium was expanded to 18,000 seats, and in 1974 additional seats were added up to a capacity of 48,000 seats. In January 1989, some improvements were made, mainly for people with disabilities: an additional elevator, seats for the disabled and others.

At the Florida Citrus Bowl, the World Cup was held in 1994 and the Football Olympics in 1996. On its stage the stadium hosted concerts of such celebrities as:

In 2006, the first reconstruction of the 70-year-old stadium was started by joint efforts of the mayoralties of Orange County and the city of Orlando. Only the top two levels will remain from the original construction, and all other structures of the stadium will be rebuilt from scratch.

Thing to do number 5: Enjoy parties in the Church Street 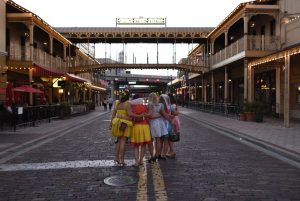 Church Street is the most famous street of night entertainment, a real tourist complex in the center of Orlando with a western show, cabaret, discos, bars, restaurants, carriage ride and horror show.

The largest popularity the Church Street acquired in the 70’s and 80’s, like a street with several nightclubs of different formats in one place. Right now Wild West’s parties are held there and on the topic of Fairy Tales “1001 nights” as well as the medieval times and medieval feasts of” King Henry’s “.

Church Street Station is a place where you can:

Interesting:The street is the visiting card of Orlando.

Thing to do number 6: Have a look at the Wonder Works Inverted House 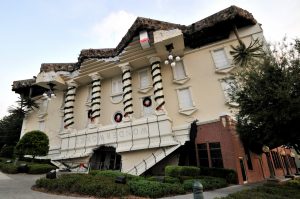 The Wonder Works inverted house is a rather unusual building that has become a true cultural landmark of the city of Orlando. The house is turned not only from the outside, but also inside.

They say that the building used to be a research laboratory. Scientists, creating a giant tornado, did not calculate its strength, so a huge whirlwind turned the building over. Now the building houses a museum, where you can walk on the ceiling, between chandeliers.

Visitors to the house are not bored here, because there is a lot of entertainment in it, for example:

Interesting: A few hours to visit the museum is not enough – some people spend whole days here – from 9 am to 12 noon.

Thing to do number 7: Visit the City Hall of Orlando 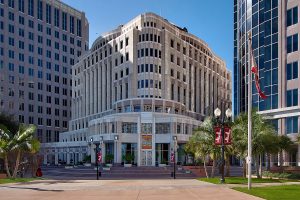 The City Hall of Orlando is located in a nine-story building, which is located in the center of the city and was designed by Lincoln Property Company, the construction was completed in 1992.

Interesting: The previous eight-story building of the mayor’s office was blown up in the first frames of the film “Lethal Weapon 3”.

Thing to do number 8: Go to the Orlando Amtrak Station 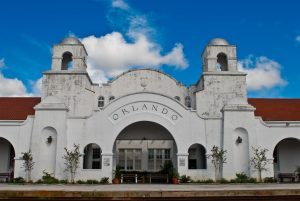 Orlando Railway Station welcomes guests with a cozy white building with arches and columns, which was built in 1926, and trains passing through the station follow the famous tourist attraction of Orlando – the Church Street.

Interesting: Due to the aftermath of Hurricane Katrina, the traffic between New Orleans and Orlando was stopped for the uncertain period of time.

Thing to do number 9: Look at the Winter Garden in the Millenia Mall Florida ranks among the most popular shopping centers in the world. This is a high-class modern shopping center with an area of more than 100,000 square meters, where about 150 shops are located. Since opening, in 2002, there are many fashionable Louis Vuitton, Burberry, Chanel, Tiffany & Co., Gucci, and many major designer brands, including Prada, Diesel, Saint Laurent, Emporio Armani and Tory Burch. Some people like to go window shopping even not having an intention to buy something.

Those who don’t plan to spend much time come to the center because there are two large atriums in the building:

For lighting project Millenia Mall Illumination Designers Focus Lighting received one of the highest awards – Lumen Award, which is one more reason to have a walk in the center.

Interesting: The name “Millenia” is intentionally written incorrectly, perhaps as a trade marketing strategy, since the word “millennia” is correctly spelled with two letters n.

Thing to do number 10: Visit the Dynamically Developing University of Central Florida 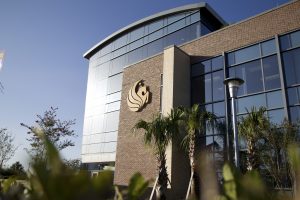 University of Central Florida is one of the most dynamically developing universities in the United States. Offering 212 training programs, it became a leader in various fields, such as:

The main campus on the territory of 5,714,166 square meters offers modern facilities for classrooms and classrooms, 12 colleges, including the newly created medical college and 600 hectares of land allocated for lakes, forests and arboretum.

The UFC library offers more than 2,000,000 volumes of books and publications, 29,000 subscriptions to periodicals and 23,500 electronic journals, most of which are available on the Internet. For recreation and sports activities, a wellness center with a three-story wall for climbing, a covered treadmill and fitness classes is provided. Also on the territory there is a small shopping center, dance and conference rooms, fast food outlets, a health center with its own laboratory, an X-ray room, a pharmacy and a dental office.

The special pride is the presence of two stadiums for 10,000 seats for events and concerts, and 45,000 seats for football competitions that were opened in the autumn of 2007. Students from the University of Central Florida came from 50 states and 145 countries.

Interesting: Educational programs abroad allow students to study and conduct research in 37 programs from 18 countries.
Back