Home
>
Places
>
Things to Do in Annapolis
The following two tabs change content below. 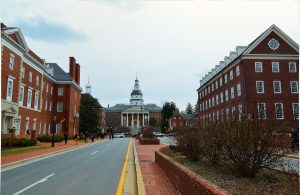 The capital of the state of Maryland, the city of Annapolis, is an amazingly beautiful town, with colonial charm, poetry, and its secrets. Annapolis is located between Baltimore and Washington, and from these cities it can be reached in just half an hour. Annapolis is located in the Chesapeake Bay, and is a port city. More than three centuries ago, it was just a trading settlement. Then – the town of Providence. And only in 1708, it was renamed Annapolis. At one time it was even the capital of the United States with the oldest capitol of America, in which George Washington announced his retirement from the post of commander-in-chief of the colonial army. In the colonial Annapolis, most people walk on foot or ride an electric segway (it is very convenient to move around the city for sightseeing)

It is so nice that it immediately becomes one of the favorite destinations for tourists from all over the world. It is beautiful, cozy, quite small, with a population of only 36 thousand people. And today we go on a tour of the city, which bears the name of the English Queen Anne — Annapolis.

Thing to do number 1: Walk around the territory of the US Naval Academy 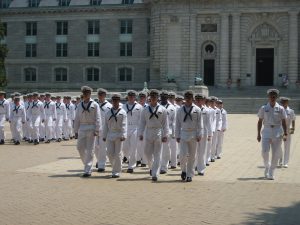 In the city, named after the Queen of England, is the most prestigious military institution of the country. This is the United States Naval Academy. Recently, the Academy has celebrated its 170th anniversary.

Here, students of the academy and teachers not only learn, but also live.  Studying in an institution is considered very prestigious. Only the best are accepted into it. It is very difficult to study there. But those who are fortunate enough to graduate from the Maritime Academy are considered the elite among all representatives of the country’s armed forces. By the way, tourists are allowed to walk around the territory of the academy and excursions are held here.

Naval Academy is the pride of the inhabitants of the city of Annapolis. It was erected in 1845. Of interest is its magnificent Renaissance architecture.

The Museum of Military Academy holds the largest, richest and impressive collection of ship models of the XVII-XIX centuries – the magnificent history of the American Navy and the naval forces of America. The Academy is a complex of buildings. The residential buildings are located on the territory; there is also a chapel where services are regularly held. The territory of the complex is “littered” with monuments of military subjects. And on the park paths you may have a nice stroll. But the Memorial Corps is considered the most magnificent. Both inside and outside, its architecture reflects all the power and strength of American troops.

Interesting:  This is not only a symbol of the US Navy, but also a sample of the history of the entire American fleet.

Thing to do number 2: Admire yachts and have a rest at the beach 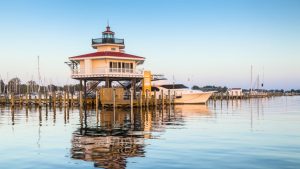 Everyone knows that the colonial city of America, Annapolis, is located near the Chesapeake Bay. In its port, there are many moored expensive and luxurious yachts.

Therefore, residents of Washington like to come here on summer vacation.

Interesting: Annapolis is called “the capital of the sails.”

Thing to do number 3: Go to the Wax Museum 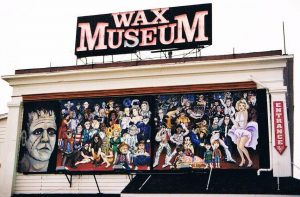 The wax museum in Annapolis is representative of one of America’s educational and dynamic cultural centers. It contains a collection of more than 100 exhibits, which tells about the history of African Americans, their difficult fate in the history of the United States. Parents with children come here for a tour, and university professors come with students. The facts, which can be found in the wax museum, will leave a deep imprint in the heart of every visitor and help to penetrate the real history of black people in America.

Thing to do number 4: Visit the Capitol Museum 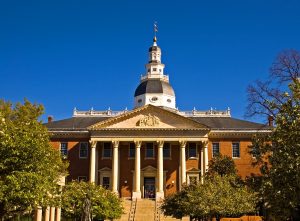 The Capitol in Annapolis is the oldest administrative building. It has been in continuous operation by the United States legislature since 1772. And once in it even the congress of all state gathered. This is one of the most significant attractions of the city. Not only its history is interesting, but also its architecture.

The Capitol Museum can be visited by anyone for free, but only with the presentation of an identity document. Inside, there are a lot of tablets with historical information. Halls of the Capitol have been restored. In each one there is an employee who can prompt the necessary information. There are group tours held in English.

Interesting: Photographing is allowed here. Today, the state administrative bodies continue to work in the state and you can find even offices of some high-ranking officials here.

Thing to do number 5: Go to the Quiet Waters Park 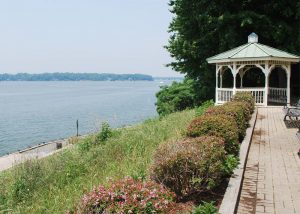 There is a youngsters’ play area, and Quiet Waters Park is on the southwest side of the delta on the South River, only corner to corner inverse the Naval Academy.  This place is just perfect for birthdays and weddings.

Interesting: There are more than 6 miles of trails in this 340 section of land park, twisting through woodlands and green fields for guests to appreciate.

Thing to do number 6: Go to shopping in Annapolis Towne Center 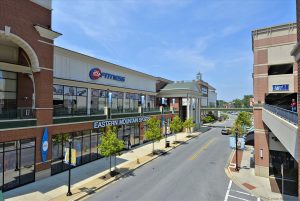 Found under four miles from downtown is the across the board goal of Annapolis Towne Center. Basically, you can drop off clothing, go to the bank, stop for lunch, see a merchant, go to a yoga class, purchase another dress and go to a show, while never leaving the grounds. There are customary trunk appears, shows of different sorts, shows, films, plays and addresses on some random day at the Towne Center. Stores proliferate, which means there is something for everybody, from garments and high quality furniture to fine olive oils and eco-accommodating pet nourishment.

There are a few sustenance choices too, regardless of whether you need a speedy nibble or a formal supper, there are 18 restaurants to look over. It is likewise home to one of the biggest Whole Foods Market’s in the nation. Extravagance townhouses, lofts and condos are housed in best in class structures, similar to a 46,000 square foot working for business use. Furthermore, 11 understood lodgings are inside a short separation.
Back