Home
>
Places
>
Top-15 Things to Do in Kona-the Best Resort of Hawaii
The following two tabs change content below. 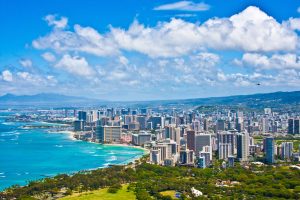 Kailua-Kona – a seaside town on the west coast of the island of Hawaii that is considered one of the best resorts on the island, where sunny and dry weather is almost all year round. The city is located 15 minutes-drive from the international airport of Kona, on the shore of Kailua Bay.

Once Kailua-Kona was both an ordinary fishing village, and a favorite vacation spot for the Hawaiian rulers who built their residences here. It was here that King Kamehameha I spent his last years of life. In 1813 he built the temple of Ahuena Heiau, which was the place of his personal refuge and ritual prayers. After the death of the king, the temple was destroyed by his son Kamehameh II, and only after decades it was reconstructed, but not until the end.

The temple is located on an artificial island, opposite the beach Kamakahonu Beach. The temple, which is recognized as a national historical monument, is so revered that no one can step inside. Currently Kona is one of the main tourist centers of the island with many interesting things to do. The resort offers a variety of entertainment – it’s exciting sea cruises, sport fishing, snorkeling, beautiful beaches, traditional Hawaiian parties with live music and dancing.

Thing to do number 1: Go to the Hulihe’e Palace 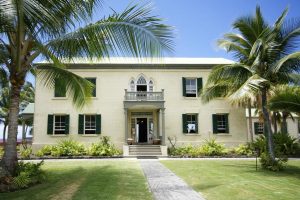 The palace attracts many tourists being built by the second governor of the island of Hawaii by John Adams Kuakini. The construction of the house was completed in 1838. Khalikh has been replaced by many owners, and by the end of the XIX century, it underwent significant changes. What should you know about this place?

Interesting: In 1973, Halihe’e Palace was added to the National Register of Historic Sites of the Island of Hawaii.
Back

Thing to do number 2: Look at the Sunset at Kailua Pier 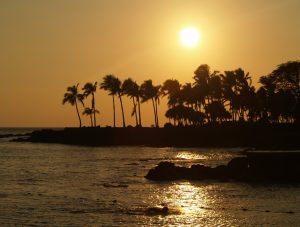 Pier Kailua is one of the busiest places in Kailua-Kona. Despite the fact that most fishing boats now use the harbor of Honokohau, private yachts, boats, and cruises continue to use the pier.

The construction of the pier and dam began in 1900. For the construction, stones were used, taken from the walls and fortresses of the Hawaiian royal palace. Since then, the pier and the surrounding area have been rebuilt many times, and the last restoration work was completed in 2004.

The part of the pier is also Kamakahona Rock – a huge boulder, which served as a starting point for congregational missionaries from Boston in 1820. Boulder is sometimes called Hawaiian “Plymouth Rock”. Its name means “turtle’s eye”. Currently, it acts as the base of the pier.

Activities that can be practiced right next to the dock:

Interesting: Every year in October, about 1,500 athletes jump into the water from the pier as part of a 3,86-kilometer swim. This is one of the 3 stages of the triathlon competition.
Back

Thing to do number 3: Go to the Royal Footsteps Along the Kona Coast 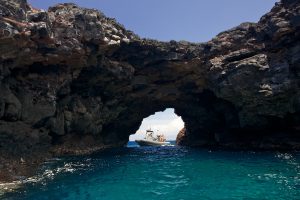 Here you can visit the ancient Hawaiian temple, the Royal Palace, the oldest Christian church in Hawaii and see much more interesting things:

There are more than 25 objects of archaeological, historical and cultural significance that you simply must see at least once in your life.

Important: The American Planning Organization awarded the Royal Footsteps with numerous awards for the preservation of the environment in the field of culture and heritage.
Back 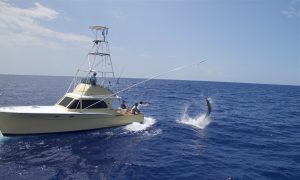 Hawaii is one of the best fishing places in the world. The city of Kona is the epicenter for those who love fishing from all over the world. Calm, deep waters of Kona – a great place for fishing. The elusive marlin “Grander” weighing more than 1000 pounds is the dream of every self-respecting phisher.

Captains of boats are experienced seamen who are licensed by the US Coast Guard, and all vessels of Charter Desk are fully insured. You can book a tour for yourself (it can accommodate up to 6 people) or join other people, which is ideal for 1-2 people (accommodates from 4 to 8 people).

After you caught a fish, if you want, you can let it go. Here tournaments are constantly taking place, especially in the summer.

Captain Jeff Fei is one of the most experienced captains of Kona. The captain and his crew have been on the water for 40 years.

Interesting: The charter is a participant in many tournaments held in Hawaii, most of which are held from June to August.
Back 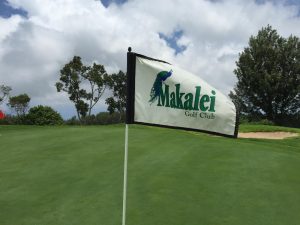 The Makalei offers fresh, picturesque views and lush forests, which is very different from similar golf courses in the coastal part of the island.

Regardless of your level, golf lovers will appreciate the diversity of the flora and fauna of the region, which includes many local plant species, as well as numerous peacocks, pheasants, wild turkeys and other animals.

From the Macaulay you are offered an excellent view of the Hawaiian Islands, as well as the mountain Haleakala, which is on the island of Maui.

Interesting: Makalei Golf Club is the place for annual tournaments of more than 100 corporations, associations and private groups.
Back

Thing to do number 6: Enjoy a delta flight with Advanced Recreation of Hawaii The company operates from the airport of Kona, where it has its own hangar for the reliable and safe storage of its aircraft.

Jeffrey Hoff is the owner, pilot, and also the instructor of this firm. The flight in the open cabin of a light sports airplane over one of the most beautiful islands in the world is the dream of many guests. The firm also offers professional coaching in the field of weight control as a way of controlling the aircraft.

Just a few of the reasons for trying a delta flight (a motor ultralight aircraft with a flexible wing and balancing control, like a hang glider):

Interesting: There are also briefings and ground training.
Back

Thing to do number 7: Go to Mokuaikaua Church 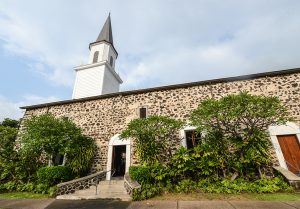 The church was founded in 1820 by Asoy and Lucy Goodale Thurston, who arrived on the first ship of American Christian missionaries. The ship was called Thaddeus. Today, a large-scale model of Thaddeus is used for conducting tours in the church.

Things to know about this place:

Interesting: After several fires, the present stone structure was built between 1835 and 1837 mainly from Heyau stones (the ancient temple of the Hawaiian religion). The interior is decorated with a koa tree.
Back

Thing to do number 8: Visit the Natural Energy Laboratory Hawaii 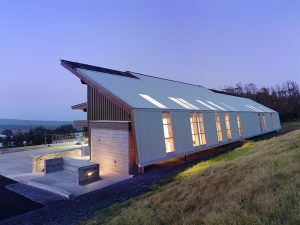 The Natural Energy Laboratory refers to the architectural sites of Hawaii. Initially, the mission of scientific research was in:

Later studies began in the field of the use of natural energy sources, such as solar energy. In 2002, 50 acres were leased to a commercial firm that filters water into bottles for sale in Japan.

Interesting: Aquaculture, the production of biofuel from algae, solar thermal energy, solar and wind energy are among the 40 laboratory tenants.
Back 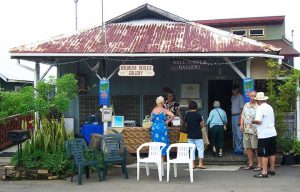 Holualoa Village is surrounded by farms where coffee is cultivated. It was because of the coffee that the first settlers found themselves in this area. Thanks to them, the first buildings appeared.

Walking through the village, the guests of the village immediately feel the relaxation of the country lifestyle, which permeates the community. Life here is slow. The village is the venue for a variety of events:

Interesting: Historical photographs and information are placed inside institutions to help visitors understand their role and significance over time.
Back

Thing to do number 10: Look at the Ahuena Heiau 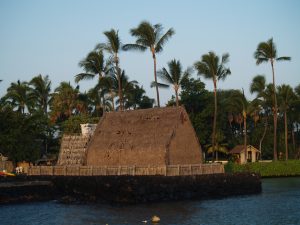 Here there were 3 significant events:

Since 1962, Heiau has been officially regarded as a national historic landmark. Restoration began in the 1970s, largely due to the efforts of the Bishop Museum in Honolulu. However, only one third of the original size of the temple was restored.

Interesting: To date, Ahuena Heiau is so honored that strangers are forbidden to go not only inside, but also to the surrounding area.
Back

Thing to do number 11: Go to the Kiholo Bay 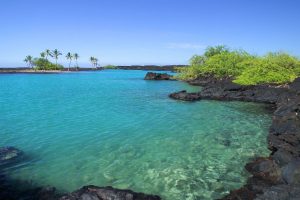 In Kiholo Bay a rich water world, and a special place here is occupied by turtles, which eat local seaweed. It is quite difficult to get to the very bay, the path runs through mesquite forests, rocky pools filled with sea water, and through a black beach consisting of sand and pebbles. Inside the bay there is a small mini island of rocky lava.

Interesting: To the south on the border of Kiholo Bay there is the pond of Luahinevai – a pool with fresh water and lush vegetation surrounded by coconut palms. Both ponds are in private territory. This place is under protection as Kiholo State Park Reserve.
Back

Thing to do number 12: Visit the H.N.Greenwell Store Museum 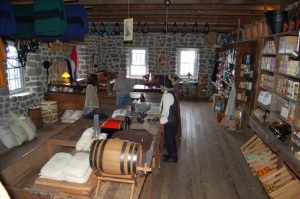 Built by the Englishman Henry Nicholas Greenwell in 1870, the store used to serve the American-European immigrant community. Through it the supply of materials and goods needed in such a remote area as Kona were supplied.

Greenwell Store has many awards. It is considered to be the National and State Register of Historic Places of the United States.

Interesting: The museum was also awarded a prize for historical preservation.
Back

Thing to do number 13: Have a rest at the White Sands Beach 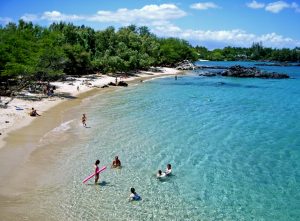 The beach is also sometimes called “Vanishing Sands” due to the fact that several times a year all the sand seems to disappear from the beach during a storm. A strong surf breaks down on the shore, which can be quite dangerous.

The ruins of the ancient Hawaiian temple are located south of the beach, in the parking lot, which was added in 2000.

Interesting: There is also a small rocky cove, which is a famous place for diving in calm weather.
Back

Thing to do number 14: Enjoy swimming at Manini’owali Beach 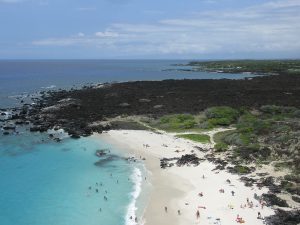 Swimming and snorkeling are the most popular activities in the summer when the water is calm.

Interesting: Dolphins are not so common guests but if you are lucky you can see them as well. They can be seen in the summer months.
Back 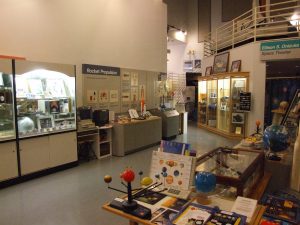 Allison Shoji Onizuka was born in June 1946 in Hawaii. January 28, 1986 with the tenth start of the “Challenger” crashed, and Onizuka died along with all the other crew members.

Onizuka Memorial Committee ordered to design the interior design of the space center S. Design Group. The center is a triangular building, 50 feet high and a total area of 4,000 square feet.

Interesting: Space Center has a space travel simulator, souvenirs, astronaut personal items, as well as videotapes and models of space shuttle missions.
Back