Home
>
Places
>
Top-12 Great Philadelphia Things to Do During the Weekend
The following two tabs change content below. 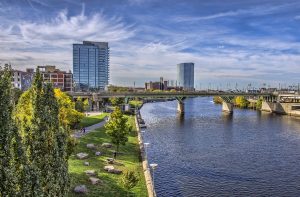 Thing to do number 1: Visit the Philadelphia Museum of Art 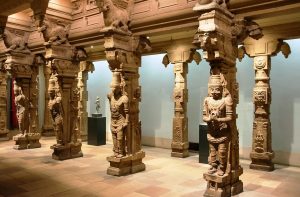 The Philadelphia Museum of Art is one of the largest in the United States. It stores over 227,000 exhibits of Far Eastern and American art, a collection of drawings, engravings, ceramics, textiles, glass, carpets. Every year more than 800,000 people visit the museum.

The museum was founded in 1876, in connection with the World Exhibition. In 1919, according to the decision of the city authorities, a new building was built for the museum in the style of neoclassicism, nicknamed the people “The Great Greek Garage”.

The exposition of the museum displays exhibits of Far Eastern and American art of the 13th-20th centuries:

A total of more than 227,000 samples. Particular pride of the Philadelphia Museum are the works of Pennsylvanian artists, as well as painting of the Newest Time. In front of the museum there is a square in the center of which a horse sculpture with J. Washington stands on the pedestal.

Interesting: Annually more than 25 specialized exhibitions are held in the museum, attracting thousands of people from all over the world.

Thing to do number 2: Go to the Carpenters’ Hall 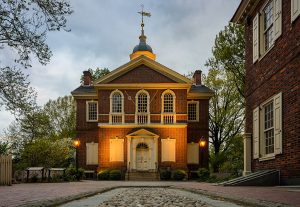 If you like buildings with the long history, then you should go to the Carpenters’ The building belongs to the oldest trade guild in America – the Carpentry Company of the City and the District of Philadelphia. The two-story brick building was designed by architect Robert Smith in the Greek style, and was built in the period from 1770-1773. In 1774 the first Continental Congress was held here, at which a resolution was adopted on the prohibition of the slave trade in the colonies.

The building has a long history:

Interesting: The hall is open for tourists, the entrance is free. Annually, it is visited by more than 150 thousand people from all over the world.

Thing to do number 3: Have a walk at the Washington Square It is  must to go to the well-known Washington Square, which was founded in 1682, and was originally called “Southeast Square”. Now, it is a part of the national historical park. It houses the Tomb of the Unknown Soldier and, until recently, the “Moon Tree” grew. In the XVIII century, the area was used for the walking of cattle and for burial of members of the African-American community. During the revolution, there were burials of dead soldiers from the colonial army, and after the revolution – victims of yellow fever.

In 1952, the square was reconstructed, during which, instead of the originally planned monument to John Washington, a monument was erected to soldiers and sailors who participated in the revolution.

Interesting: In 1975, the square was planted “Moon Tree”, grown from seeds brought by astronaut Stuart Roosa from the moon. The tree died in 2008.

Thing to do number 4: Have a Rest Walking in the Fairmont Park 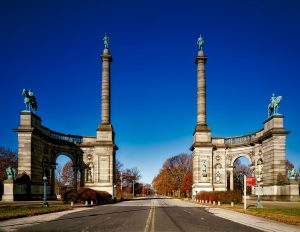 Fairmont Park is a whole municipal park system consisting of 63 parks under the jurisdiction of the Philadelphia Department of Parks and Recreation. The park area, with a total area of 3,700 hectares, is on the American National Register of Historic Places. Currently, the Fairmount Park area includes:

Interesting: In addition to all of the above, it is worth noting the many picturesque views of the park and the abundance of green spaces you will definitely enjoy.

Thing to do number 5: Go to the oldest farming market Reading Terminal 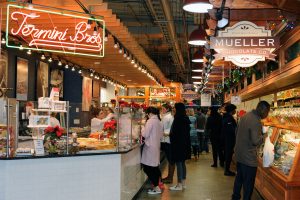 Reading Terminal is Philadelphia’s oldest active farming market. It is located in the heart of the city, and every day pleases visitors with a wide range of different products surrounded by historical conditions.  Why is it a good idea to include this place in the must-do things?

Interesting: Today, the Reading Terminal market is a popular place among city dwellers and city visitors who visit it for exquisite culinary pleasures and the acquisition of unique goods.

Thing to do number 6: Visit the Franklin Institute Museum 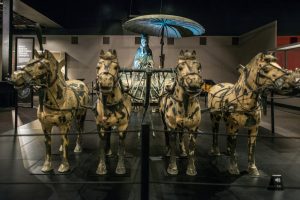 The Franklin Institute Museum was founded in 1824, and is one of the oldest in the United States. In 1930, the construction of a new building began, and four years later the museum opened its doors to visitors in the heart of Philadelphia. To date, it is the most visited museum in the whole of Philadelphia. In the main building of the museum, in the marble hall, there is a statue of Franklin, reaching a height of 6 meters. In addition, the building has a number of interesting places such as:

The museum has both temporary and permanent exhibitions. Among the latter: expositions dedicated to the physics of sports, electricity, space, weather phenomena, aviation and many others. Interesting: A large number of exhibits suggest physical experiments.

Thing to do number 7: Watch a baseball game at the stadium Citizens Bank Park 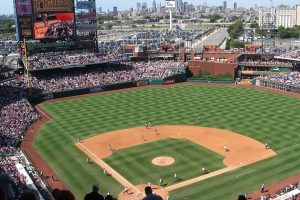 Citizens Bank Park is a baseball stadium in Philadelphia, designed for 43,651 seats. The stadium is part of the South Philadelphia Sports Complex. The first baseball game at the stadium was held on April 12, 2004. The building attracts with its design:

It was originally planned to place a baseball stadium in the center of the city, similar to how it was done in Denver, Cleveland, Detroit and San Francisco. But, ultimately, the stadium was built in the South Philadelphia Sports Complex, on the territory of the old food warehouse. Such a decision upset many sports fans, however, it did not negatively affect the visiting of the games by the fans.As a home ground, the stadium is run by the Philadelphia Phillies team.

Interesting: The longest baseball game at the stadium was held on May 25, 2011, and lasted 6 hours and 11 minutes.

Thing to do number 8: Look at the skyscraper Comcast Center 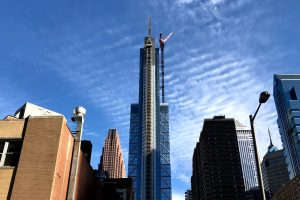 The Comcast Center is a 58-story skyscraper that is the tallest in Philadelphia and is the fifteenth tallest in the US. Huge screen area of 190 square meters, a work of art “Mankind in motion” and cafe “Table 31” made the center a tourist destination.

The building is named after its leading tenant, cable company Comcast, which places its main office here. In the winter garden of the skyscraper there is a high-definition LED screen, the area of which is 190 square meters. It works for 18 hours every day, showing panoramic views of Philadelphia and performances by:

Here, in the glass atrium of the garden, there is the work of Jonathan Borowski “Mankind in Motion”, which depicts the movement of ten human figures in full size on different levels. The skyscraper occupies a leading position in energy-ecological design, as the building is not harmful to the environment. The building has a facade made of glass with low light transmittance, and it itself narrows to the top – this is done so that the tip is less exposed to wind. The building was built in such a way that the water consumption in it is 40% lower than in an ordinary office space.

Interesting: There are also many shops and snack bars in the building. Especially popular is the cafe with an interesting name “Table 31” every tourist visits when being here.

Thing to do number 9: Go to the Rittenhouse Square 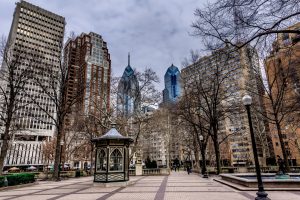 The Rittenhouse Square is one of five parks designed by William Penn and Inspector Thomas Holm in the 17th century. Originally, the square was called the south-west, and in 1825 it was renamed in honor of David Rittenhouse, a descendant of the German immigrant Ulyam Rittenhouse, the founder of the first paper mill in Philadelphia.

Its greenery and numerous benches attract residents and workers of the central part of Philadelphia and its surroundings. The sculptures of goats and lions in the park are favorite places for children. In the vicinity of the Rittenhouse Square, many cultural institutions are located. Among them, there are:

Thing to do number 10: Visit to the musem with the original name “Please Touch Museum” 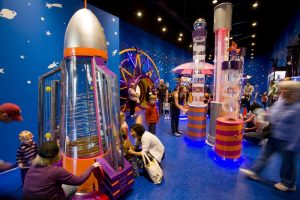 Please Touch Museum, or the Museum “Touch Permitted” in Philadelphia is an entertaining and educational institution for children up to 7-10 years old. If the vast majority of museums there are a lot of signs “Do not touch your hands!”, You can touch here and you need to, the museum is conceived. It was opened in 1976, since that time it moved several times.

Please Touch Museum is difficult to call a usual museum. There is a large collection of interactive expositions that are divided into several areas:

You can come with kids and visit the small house from Alice in Wonderland, take part in a crazy tea party, catch gold in a decorative stream, run on a giant piano. Local residents often buy a subscription for an annual visit to Please Touch Museum. According to them, it is impossible to see everything within one day. The children like theater, exhibitions and events of the museum and can spend much time there.

Interesting: Many adults also gladly join the games in Please Touch. An ideal place for a family holiday, especially in the cold season.

Thing to do number 11: Go to the Society Hill to look at the great architecture 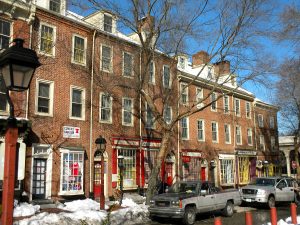 Society Hill is an area in the central part of Philadelphia, which has a great history. This place is the greatest concentration of the original architecture of the XVIII- XIX centuries. The street is paved with cobblestone, and the buildings are built in the classical Greek style.

Most commercial buildings of the XIX century were destroyed. Historically significant buildings were restored by residents. On the site of the destroyed buildings there were parks, walking paths and modern buildings.

Interesting: In 1971, Society Hill was added to the register of historical sites.

Thing to do number 12: Go shopping to the Wanamaker’s department store 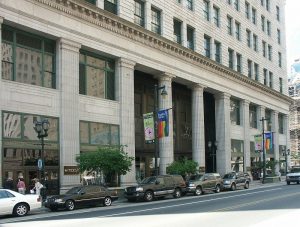 Wanamaker’s department store was the first department store in Philadelphia and was one of the first in the States. John Wanamaker did not build his trading empire from scratch. Having bought in 1875 the abandoned building of the railway station, he ordered from Chicago the architect Daniel Burnham, with whom they built a magnificent granite building on 12 floors together.

The opening of the department store was for the World Exhibition in Philadelphia, and it really looked like one of the exhibition pavilions, distinguished by its Moorish facade. Wanamaker bought at the international exhibition in St. Louis a bronze statue of an eagle and a majestic organ that decorated the store, and still they are an important landmark of the building. Near this eagle in 1876, US President William Howard Taft made a speech. It was an unprecedented case of the president’s speech in honor of the opening of the store. Walking around the department store, you can find the “remnants of the former grandeur” of Wanameker:

Interesting: In 1995, the building became the property of the Macy’s department store, but it still retains the unique elements and traditions inherent in Wanamaker’s store.