Home
>
Places
>
Top-10 Places to Visit in Alabama-“The Heart of the South America”
The following two tabs change content below. 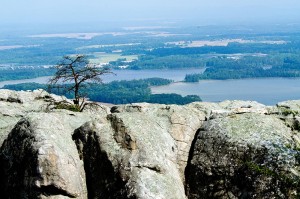 The history of Alabama, which is also called “Heart of the South of America” is quite contradictory due to the dispute with the Indian tribes for the lands at the dawn of the first white settlements, and the Civil War of the North with the South, during which the territory of the state suffered rather badly, and the racist movement “Ku-Klux-Klan” that existed with different outbursts of activity for more than a century. Adopted in 1901 the current Constitution of Alabama is one of the longest in the United States. It has more than 100 thousand words and 700 corrections. The official symbols of the state are a bird bunting and a camellia flower. Want to know more about the places to visit in Alabama? Then you are offered to have a look at the most interesting travel destinations here.
Contents 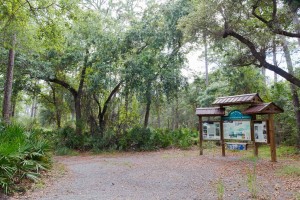 The Bon Secour National Wildlife Refuge covers 7,000 acres of land – the habitat of wild animals. It is a refuge for migratory birds nesting on the Alabama beach, sea turtles and endangered mice.

The reserve was established by Congress in 1980 with the aim to:

Bon Secour in French means “safe harbor”. Very appropriate name of the shelter for local flora and fauna! The dunes of the Alabama coast are reminiscent of the once existing Gulf Coast.

Compared to most national reserves, Bon Secour is small and includes five separate protected sites in Baldwin County and Mobile County (Alabama). Throughout the year the park is assisted by numerous dedicated volunteers. Annually, the Bon Secour National Reserve receives more than 100,000 visitors.

More than 370 species of birds have been identified by asylum officers during migration seasons. The largest are usually osprey and several species of herons. Seven species of hummingbirds were also observed. Such mammals as the red fox, American wolves and armadillos are also present.

Interesting: This unique place is considered one of the 10 natural wonders of Alabama.
Back 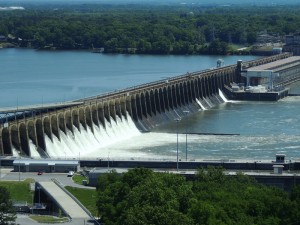 Wilson Dam was truly a miracle of engineering. Originally it had 49 gates of the spillway, each of which is capable of passing 10,000 cubic feet of water per second. Over time, the number of closures increased to 58. In 1925, writer William Benjamin West named the dam “Greatest Dam of America”. This was the first federal hydro-power project of multi-purpose.

The dam was supposed to:

Wilson Reservoir – a popular holiday destination – more than 15 500 hectares of water surface attracts Americans and tourists from all over the world, lovers of fishing and passive recreation. For 166 miles, namely the length of the waterfront of the reservoir, there are numerous quays, restaurants, hotels offering a wide variety of entertainment for tourists. On the shore you can rest quite independently: there are 23 camping sites and a large campground as well as the specially designated picnic places.

Interesting: Today, the dam is not just a powerful hydrotechnical complex and a true monument of engineering thought, thousands of people come to see how daily millions of gallons of water fly down from a hundred-meter height.
Back

Place to visit number 3: The Chapel of the African Methodical Episcopal Church of Brown 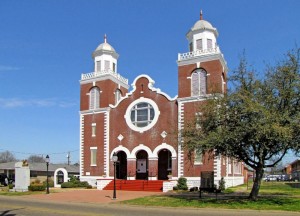 In the history of the United States this chapel occupies a special place. In 1965, it became the place from which the famous march of freedom began in the framework of the struggle for human rights. The march itself became a symbol of the victory of universal values over racial prejudices.

Some facts from the history:

Interesting: The chapel was the headquarters of the public movement for the abolition of racial discrimination and the granting of voting rights to black Americans.
Back 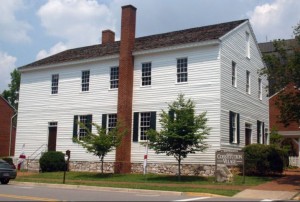 The Constitution Village is also known as the Hall Constitution Park. It is a historic open-air museum in Huntsville (Alabama). The museum recalls the events of 1819. On July 5, 1819, a Constituent Assembly was held in the store’s shop, where forty-four delegates approved Alabama as the twenty-second state.

What to do in this place:

The museum complex of the Alabama Village includes eight buildings. This place is part of the Earlyworks Museum Complex.

Interesting: The Alabama Constitution Village provides tourists with a breathtaking opportunity to make an unforgettable journey into the past.
Back 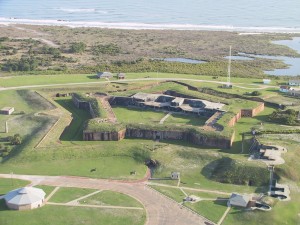 After the war of the twelfth year of the nineteenth century, the United States began the universal implementation of the program of defensive capability on the sea coast. Including in 1818, the US signed a contract for the construction of Fort Morgan under the project of the famous architect Bernard Simon. He was a military engineer of Napoleon. However, while the original and functional Fort Morgan has turned out, not just one contractor has been replaced. Lieutenant Cornelius Ogden finished construction and in March 1834 he transferred the fort to Captain Belton, the artillery commander of the United States.

Which facts make Fort Morgan one of the most visited tourist destinations?

In 1960, Fort Morgan was named the National Historical Monument.

Interesting: In 2007 Fort Morgan was listed one of 10 places of historical battles that disappear.
Back 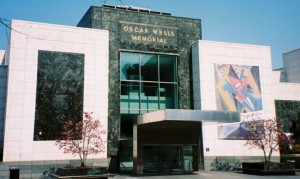 The third largest city of Alabama, Mobil, is its cultural center thanks to the Art Museum. In 2002, the first capital of French Louisiana allocated $ 15 million for the museum’s development, which allowed expanding its area to 95,000 square feet. On almost thirty hectares there is a museum with art galleries and special exhibitions, a part of park and lake, art studios, a jewelry store and cozy cafes.

Exhibitions of the museum are of a permanent and seasonal nature. Among the permanent exhibitions, it is worth noting especially:

Also you can visit the Altmayer exhibitions (the collection contains sculptures from the exhibition “American Way” and paintings of the 19th century), Maisel (paintings, sculptures, prints and samples of decorative art by European artists), the Riddick collection (modern works made of glass ) and the Smith Crafts Collection, which collected products from ceramics, glass, silver and wood of the 19-20th centuries.

From July to October 2013, the museum opened a special photo exhibition “Silent cities of Peru” of the photo artist Fernando la Rosa. The greatness of the city-monuments of ancient Peruvian culture is represented by a master with all the expression of photo art.

Interesting: In addition to exhibitions, the museum hosts festivals, seminars and lectures, and screenings of films. You can choose from different events for all ages (tours, competitions, master classes).
Back 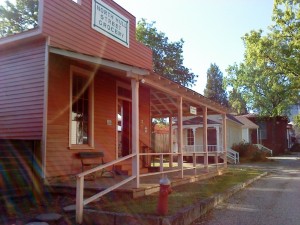 Alabama’s Old Town was established by a non-profit organization in 1967. Since then, the history of IXX-XX centuries lives in this part of the city! Here, rich mansions and log cabins of the first Americans are all to get an idea of life in Central Alabama until the 20th century.

The Montgomery Foundation appeared in 1967 with the aim of contributing to the protection of historical monuments in Montgomery, Alabama. The mission of the Foundation is to:

Acting as the administrative authority for the city of Montgomery, the Foundation oversees the Old City of Alabama.

Interesting: With the purchase of the Ordeman mansion in 1967 and the city of Montgomery, a unique partnership was initiated, which resulted in the restoration of the original IXX architecture and the early 20th century in the historic center of Montgomery.
Back 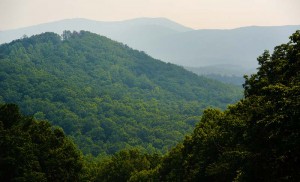 Mount Cheaha is the highest point of Alabama, and one of the most popular places for tourist excursions. Relatively small mountain height – 700 meters – makes it easy to climb, even for beginners and does not require special equipment, and the magnificent landscapes of very few people will remain indifferent.

Also in the park you can swim, fish, admire the waterfalls, and visit the ruins of historical value. This state park has been open to visitors since 1939.

Interesting: The tourist infrastructure here is developed at the highest level, which, however, does not prevent Mount Cheaha from remaining in the first place a wonderful corner of the wild.
Back 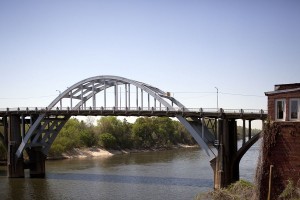 The Edmund Pettus Bridge became the arena where the conflict between marchers of fighters for equality and armed policemen took place. The event occurred in 1965 on March 7, and was named in the history of the United States as “Bloody Resurrection.”

The bridge was completed in 1940, it was named after Edmund Winston Pettus, a Senator representing Alabama in Congress, and a brigadier general. The bridge runs along the eightieth highway and connects the two banks of the Alabama River in the town of Selma. The bridge is built of steel structures and is an arch type representative. The central span of the bridge is 76 meters long.

This bridge became famous after the march of black Americans. In 1965 on March 7, more than 500 black Americans gathered for the action. Armed policemen blocked the march participants on the road on the bridge of Edmund Pettus. Participants of the march were ordered to disperse. But the demonstrators refuse to obey this order and are trying to continue driving across the bridge to Montgomery. Armed policemen attack unarmed marchers. 78 people were injured and wounded in the carnage organized by the police.

Interesting: In 2013 the bridge got the status “National historic landmark”.
Back

Place to visit number 10: The Museum of Fine Arts 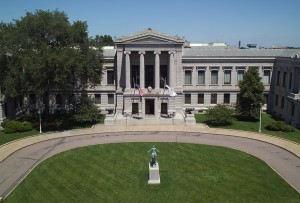 The architecture of the Museum of Fine Arts in Montgomery attracts tourists with its uniqueness and the preservation of the style and the spirit of the times: you seem to be plunged headlong into those very times when these buildings were erected.

The Museum of Fine Arts in Montgomery was founded in 1930. Its exposition is about four thousand different works that capture the times of American art, since the eighteenth century.

The permanent collection of the museum also consists of:

The museum’s art gallery is visited annually by more than 60 000 tourists from all over the world. In addition to the permanent exhibition, there are mobile ones that represent their collections in other museums or educational institutions, because art education is one of the main tasks of the Montgomery Museum of Fine Arts. Employees of the museum and invited artists conduct master classes and teach art lessons to children and adults.

Educational activities are conducted in the form of seminars and training master classes, lectures, excursions and other events that include both theoretical and practical knowledge. 160 thousand visitors annually come not only from their native country, but also from near and far abroad to get to these courses.

Interesting: The museum has its own library, which consists of more than 4,000 volumes, periodicals by different authors, videotapes and CDs, which are always available to those who want to receive any necessary information.
Back