Latest posts by Yura (see all) 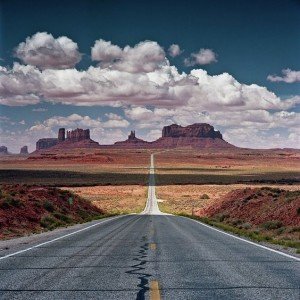 Here you will be able to find out more about must see places in USA which will be especially useful for those who plan their holidays. Any trip to America can be compared to the movie, especially because there are almost no places which haven’t been glorified in the pictures yet. We have chosen the ten best places which are worth “Oscar”. It is better to start discovering California not from the vast Los Angeles and even not from cozy San Francisco, but from its beaches. Los Angeles suburb of Santa Monica is a combination of:

There you can meet negroes offering you to buy the discs with their rap music. And when you are tired of beach, you can think of having a car walk as California and car trips were made for each other as in California, the “Golden State” as it may be called, there are all kinds of natural landscapes:

In addition, there are Los Angeles, San Francisco and San Jose! And the very first place to see is “Disneyland” in Anaheim.

How to spend time in California:

Advice: This place should be a must see place in USA if you like listening to rap, have always dreamt to visit Disneyland and sunbathe at the beautiful seaside. 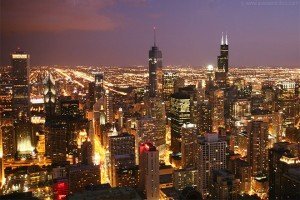 Chicago is the so-called representative of the twenties and thirties of the USA. Fascinated with ghosts of the era in Chicago’s downtown that bears the name of The Loop you can see everything that symbolizes it:

However, Chicago – it’s not just the Great Depression. It is a springboard for the latest research and architectural innovation. In the movie “The Lake House” the character Keanu Reeves specially showed Sandra Bullock the most beautiful Chicago buildings. And in the Millennium Park, right in the center – the triumph of modern trends:

– huge curved mirror in the form of drops,

– videos on the water flowing down the steep wall,

– a huge stage with the audience on the lawn.

How to entertain yourself here:

Advice: Go to Chicago if you are fond of jazz music and admire beautiful architecture. 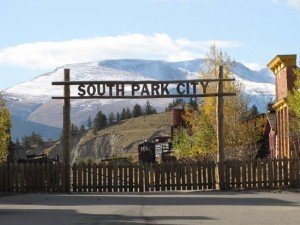 In fact, there are ghost towns not only in Colorado, but also in Utah, Arizona, Texas, but Colorado miners’ settlement  is an absolute classic. The town of South Park (yes, this is the prototype of the four country boys from the animated series) near San Francisco is carefully maintained in a desolate condition.

In South Park people once mined for gold, but when finished everybody left. Here there are a few dozen buildings for different purposes – the saloon, pharmacy, railway station, even the house of the teacher of music and a dentist’s office. Around there are the majestic Rocky Mountains, the centuries-old spruce, mossy boulders, a tumbleweed under foot and deer similar to Bambi from the cartoon, near the road.

How to spend time in South Park, Colorado?

Advice: Ten miles away from South Park, near San Francisco, you can go skiing – in winter or rafting on the Colorado River in summer. 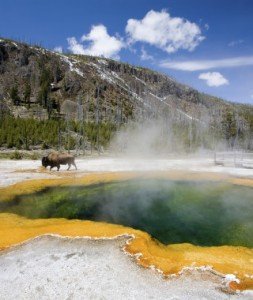 The most famous the world’s first national park, the area of which is twice larger than Montenegro, pictured in the half of American movies about nature.Hundred-meter waterfalls, alpine lakes, geysers and scenery of “Brokeback Mountain” and all textbook American animals: coyotes, bison, elk and bears grizzly can be found here.

With the latter is quite possible to meet: bears can be seen while driving along a special asphalt trails, which there are 250 kilometers, as well as possible to see them when they come to the souvenir shop themselves. In this case, it is better not to conduct negotiations and to run to the car immediately. In short, in spite of the civility, Yellowstone – is, naturally, the backwater of America. Numerous geysers have poetic names here. The most famous is called “Old Faithful” because it spats boiling water with military punctuality: once an hour. In the evening the geyser turns on theromantic lighting.

Things to do in Yellowstone:

Advice: If you plan to visit this place, it is better to get there from any major city to Denver (from New York or Los Angeles). 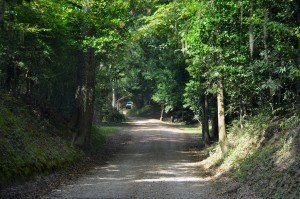 Almost everyone has been dreaming to swim at the main North American river if you read about Tom Sawyer and Huckleberry Finn in childhood. Water trails of Mark Twain are still possible to pass on the built in 1926 steamboat called Delta Queen. Moving from a temperate continental climate to the prairies and subtropics, you can feel like an average American bourgeoisie in the endless tea parties on the deck and see a lot of interesting things- from the settlements in the houses-boats right on the water to the twin cities of the Minneapolis and St. Paul, symmetrically arranged on different sides . Also, to the left and to the right side you can see plantations, without the slaves bowed down on them, the mighty bridges and manor with columns like the one where Scarlett loved Rhett.

In addition to the typical southern towns, the Mississippi flows through Louisiana, including New Orleans. Things to do:

Advice: Make your child’s dream come true and swim the river. Mississippi is associated with the music and ships. 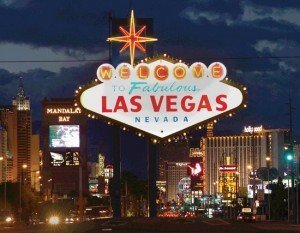 On the main street, Strip there are all of the most famous casinos and a complete sense of unreality. In Venetian gondolas ply the artificial channels, in Paris – small Montmartre, artificial clear sky and chanson, in the Wynn – showroom “Ferrari”, in the Bellagio – Restaurant Picasso with the original paintings on the walls.

The most touching is the fountains at the Bellagio, showing water performances under the Viva Las Vegas and My Heart Will Go On. Generally, in Las Vegas bouts of deja vu are much stronger than in New York. You must have seen fountains in “Ocean’s Eleven Friends”, who just robbed the Bellagio. Canonical signs on Fremont Street – famous cowboy and girl shaking his leg up and down also often appear in movies.  In fact that Vegas, where a kind word and a gun could solve more than just a kind word, no longer exists. Old Vegas, run by the mafia, was executed by the FBI in the mid-1980s – its agony is shown in the movie “Casino” by Martin Scorsese. Former casino was demolished, in their place there are new, more pompous, more expensive and owned by corporations rather than families.

Things to do in Las Vegas:

Advice: Las Vegas is the destination for gamblers and those who just want to compare if movies differ from reality. 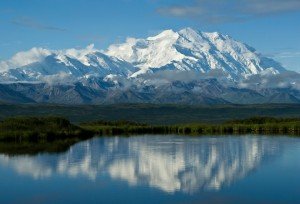 White silence – it’s about Alaska. There are still many frozen and uninhabited vast places. The best idea is to fly around the glaciers and forests by helicopter or plane: Alaska’s largest fleet of private aircraft throughout North America. Here you can organize helicopter tours and dog sledding. In the south of the peninsula climate is quite suitable for life and breadth is such that it is possible to sunbathe all year round. Local people go into the water in April. The middle part will remain frozen and won’t completely melt but if the ice comes down on the banks – a water suit and the boat will be enough to enjoy water. And when cold goes away a bit you can see bald eagles-  one of the American symbol, and bears trying ti catch the fish.

Advice: You won’t regret going there if you like flying by planes and looking at glaciers. 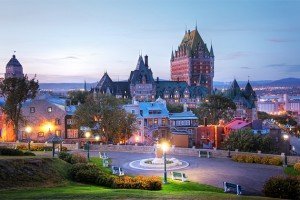 New England combines a few small states in the north-east. They are:

New England is a must see place in USA as it is a cradle of the nation and the place of disembarkation of the first Columbian Vikings under the artistic direction of Leif Eriksson. Everyone has their own set of images. For example, in Maine – rocky shore with a lighthouse, in Vermont – the forests and mountains, which are suitable for sketches, and in Connecticut there are a lot of pastoral countryside and towns with Gothic cathedrals. In these parts, as in Europe, it is particularly great in spring and autumn.

Appalachian Mountains at this time are fresh and beautiful, and wandering through the woods and dales, you will come across at the old mill in unexpected places in the manner of the Dutch, stone powder stores and abandoned century-old farms.

Things to do in New England:

Advice: New England is famous for its villages, campuses and sure beautiful nature. Visit this place if you like old traditions and places which have preserved the spirit of England centuries ago. 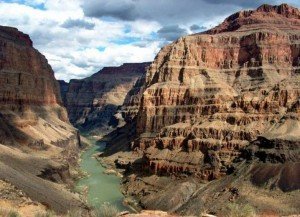 When you find yourself in Nevada near the Grand Canyon, it seems that this is not the Earth at all, and, for example, that you are on Mars. Red rocks form a bottomless pit depth of one and a half kilometers long and three hundred. From rocks with the help of the Colorado River and tectonic changes we can see peaks, arches, spirals, and a masterly sculpture.

Around there are the heroic plants, ferns and cacti, breaking through the solid earth. Everything seems to be eternal and immutable, although some sixty million years ago Colorado flew across the plain and gradually paved the way through the rock itself, but that has not calmed down – and now the canyon is constantly growing due to erosion. The color of the rocks is also changing, however, much faster: run over the clouds, the sun moves, it becomes red and bluish-gray, then black.

Things to do here: 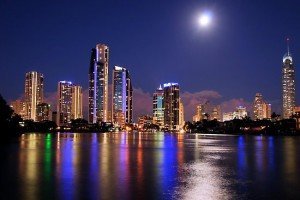 In Florida there is white sand, but at night it is not visible. Miami lives mainly under the cover of night, partly because it’s hot there. The band of Miami Beach stretches for 45 kilometers and kilometers of this are full of dancing till you drop, beautiful restaurants, and all kinds of debauchery. What begins here on Spring Break, when students and schoolchildren from all over America rush to Florida is similar to the last party before the end of the world.

Things to do in Florida:

Advice: Go to Miami if you like having fun during holidays. This place is for those who like enjoying nightlife.
Back