Home
>
Places
>
Top-10 Most Enjoyable and Educational Free Things to Do in Dallas
The following two tabs change content below. 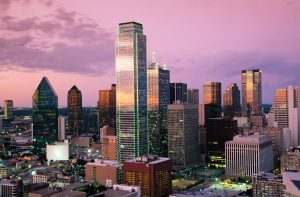 Dallas is a young commercial city, which was founded in 1841. Today in Dallas there are offices of large world companies and well-known industrial plants, but travelers are attracted not by important economic objects. There are unique attractions and entertainment complexes. In the central area of the city there are beautiful skyscrapers, they have become a kind of visiting card of the city. The height of the famous Bank of America is 281 meters, and the Renaissance Tower building is only 11 meters lower, but it looks no less impressive. A lot of interesting architectural structures can be seen while walking along the street of Swiss Avenue. Here there are beautiful buildings of the past centuries, made in the Neo-Gothic style, as well as several modern architectural sights.

Dallas is often called a “city of restaurants”, and this is not surprising, because on its territory there are about 1,500 various gastronomic institutions. It is easy to find a place to relax to your liking. Want to know more about things to do in Dallas? Welcome to have a journey. 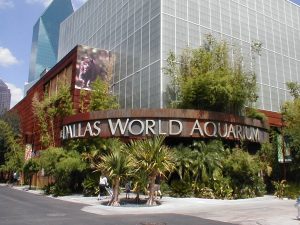 Among the many attractions of Dallas the city aquarium called “Dallas World Aquarium” should be highlighted. In fact, it is a non-profit organization called to rehabilitate the wild nature of the Gulf of Mexico.

Of particular interest is the aquarium itself, which is home to sharks, rays and fish-saw.
Back

Thing to do number 2: Look at the building of the Municipality 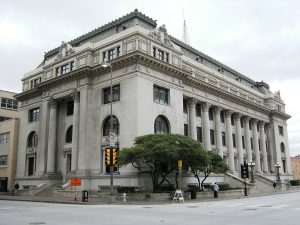 The building of the Municipality is a historical monument of Dallas. This beautiful old building is located in the center of the city and is the object of attention of numerous tourists.

Authorities often receive requests for permission to conduct filming in this building. Today the city court is located here. However, in the long term it is planned to transfer this building to a law college.

Interesting: The building often falls into the route of acquaintance of tourists with the sights of the city as near there are a lot of very interesting cultural sites.
Back

Thing to do number 3: Enjoy sporting events at The American Airlines Center The American Airlines Center is a modern multifunctional stadium, one of the newest in the US, home to:

The American Airlines Center was opened in 2001. The decision to build a new arena was made after the obsolescence of the previous one – the “Arena Reunion”. It was decided to erect a huge structure that would perform many functions and serve the city.

The construction of the new arena cost 420 million dollars. It received a relatively small capacity – about 21 thousand spectators during the basketball matches and a little more than 18 thousand during hockey competitions.

In addition to the NHL and NBA championships, the American Airlines Stadium accepts many other sporting events.

Interesting: There are various music concerts and other events being held here.
Back

Thing to do number 4: Admire Flowers in The Dallas Arboretum and Botanical Garden 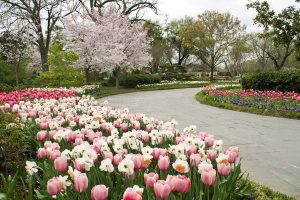 On 66 acres of the garden, a collection of over 2800 unique flowers, trees and shrubs is housed. Arboretum is a complex, which includes:

The garden is often used for various exhibitions, concerts and festivals. It is also chosen as a place for wedding ceremonies.

Interesting: On the territory of the park there is a restaurant where you can relax after a fascinating walk.
Back

Thing to do number 5: Have a look at the Fountain Place 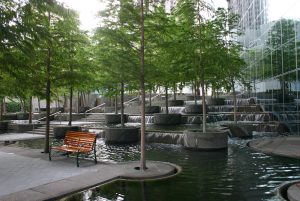 Fountain Place is an unusual structure, a true monument of modern architecture, located in the center of Dallas.

The building is famous for its unique architecture – it is built in the form of a multifaceted glass prism. The building was finished in 1986.

Today there are offices of various companies here. At the foot of the tower one will find cozy cafes and restaurants. Tourists and residents of the city come here to admire this unusual miracle of architecture.

Interesting: The skyscraper is one of the most outstanding in the USA.
Back

Thing to do number 6: Visit the Meadows Museum in the Southern Methodological University 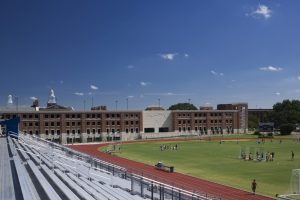 The Southern Methodological University is a private university, opened in Dallas in 1911 with the means of a methodical episcopal church, which it still belongs today. The university is located in the heart of the city. About 11,000 students and post-graduate students study there.

Why is this place worth your attention?

The very building of the university is very beautiful, it is surrounded by a picturesque green park with fountains and avenues, which draws attention to itself.

Interesting: Tourists are attracted by the wonderful architecture itself and glad to find out more about the Spanish art in the museum found there.
Back

Thing to do number 7: Go to the Highland Park Village 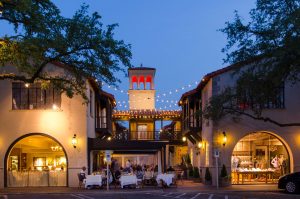 When one hear the name of the Highland Park Village, he thinks about a usual park, however, it is an upscale shopping center in the central district of Dallas.

Even if you don’t have an intention to buy something, don’t pass it by as this is not just a place for shopping – it’s a historical place, which occupies an important place in the history of the city and the country:

Highland Park Village and today is a center of luxury and exclusivity. Here you can find boutiques of Carolina Herrera, Jimmy Choo, Escada, Christian Louboutin, Christian Dior, Saint Laurent and many other world brands.

Interesting: In 2000, the shopping center was added to the National Register of Historic Places of the United States, as one of the most significant monuments of the city.
Back

Thing to do number 8: Look at the Methodist Episcopal Church “Grace” 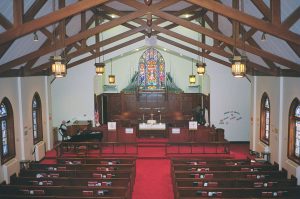 The Methodist Episcopal Church “Grace” is one of the historical churches of Dallas. The church was founded in 1903 for a rich community. However, at the end of the 20th century wealthy citizens moved to the northern and eastern parts of Dallas and many churches changed their location with them. There are three major reasons why this church is popular among tourists:

Interesting: The inhabitants of the city enjoy visiting the church with pleasure, many couples express a desire to consolidate their union within the walls of this historic place, and tourists admire the bewitching beauty of architecture.
Back

Thing to do number 9: Visit the most famous Texas and Majestic Theaters- the significant attractions of Dallas 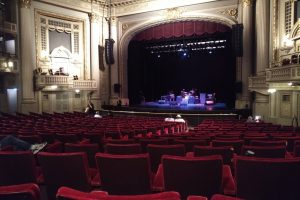 Texas Theater is listed in the National Register of Historic Monuments of the United States. This important historical object, despite the difficult fate, pleases its guests up to this day. Some interesting facts about the theater you should know about:

During its existence, the theater has suffered a decline and flourishing. In 2002, the restoration work of the theater started and it almost revived from the ruins. Today, here, as before, one may enjoy film screenings and various cultural events are held.

The second not less important theater is the Majestic Theater, which is considered the center for performing arts, located in the heart of Dallas. It was founded in 1921. Majestic was the greatest theater, concerts, film screenings and other cultural events of the city that also took place here. In 1973, the last film was shown here and the theater stopped its work. However, in 1976 the building of the theater was subject to major repairs, and, after 7 years, the theater again opened its doors to the audience. The building was returned to its original appearance:

Elements of the interior were decorated with gold leaf. Today the theater hall is designed for 1704 people. This magnificent cultural site is honored to be entered in the National Register of Historic Places of the United States. Here, as well as many years ago, you can see theatrical productions, concerts, and also the hall is often used for competitions. This is one of the most elegant historical places in the city.

Interesting: Both theaters are worth visiting even if you aren’t going to watch anything as they are considered beautiful cultural sites to look at. By the way, you may be lucky to visit some free event or get a discount on a regular admission screening.
Back

Thing to do number 10: Go to the Union Station and don’t miss a chance to look at Reunion Tower not far from it 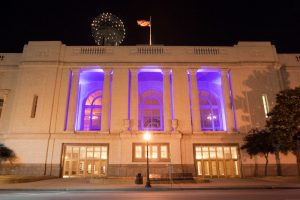 Union Station is a Dallas railway station, built in 1916 to connect 5 railway stations scattered around the city, which at that time was the largest transport center in the southwest of the United States.

Along the platform there are some preserved frescoes with episodes from the life of Dallas.

Coming out at Union Station, you can get to such facilities as Greyhound Bus Station, Dili Plaza Park, Hyatt Regency Hotel. You can also reach the Reunion Tower and Reunion arena.

By the way, the Reunion Tower is one of the most recognizable landmarks in Dallas, which is now a symbol of the city. The construction of the structure, 171 meters high, is a sphere located on spacers. The tower was built in 1978. The sphere, located at the very top of the tower, is a structure of three levels, one of which can be accessed by an elevator. On one of the levels of the tower there is a revolving restaurant, where exclusive dishes are offered.

Interesting: The main feature of the Reunion Tower is an observation deck, from where a stunning panorama of not only the city, but also the neighborhood opens. Especially impressive is the tower in the dark, when the sphere is illuminated by numerous lights.
Back